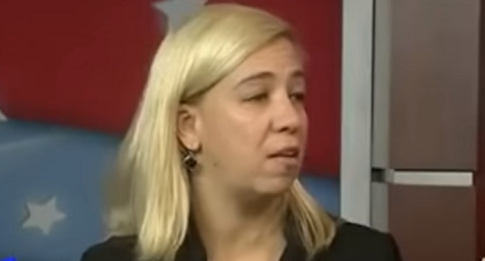 There are but two worlds where a young woman can fight off her demons long enough to find the courage to publicly admit that she has been raped, only to be summarily dismissed as a “political operative” — Democratic politics and the media.

Republicans could never hope to get away with such heresy.

When I first came across Holly Fussell’s story, I thought how can the media not be all over this? After all, Fussell is a former staffer for U.S. Rep. Alan Grayson who turned to social media to say she was raped by a coworker after having complained of sexual harassment repeatedly to another female staffer and mentor who  minimized and ignored her complaints; a woman who is now running for Congress.

As rape allegations swirl in race to
replace Alan Grayson, where’s the media?

That woman is Susannah Randolph, a former Grayson district director running to replace her old boss in Florida’s 9th Congressional District. On her website, the “true-blue progressive candidate” champions herself as “a true fighter for women’s rights.”

“I don’t blame Susannah for my sexual assault  —  not in the slightest. That is the sole fault of the rapist himself,” Fussell wrote. “But I remain deeply disturbed that she ignored my very serious complaints for so long.”

Fussell posted her story on Medium.com, but since she did not identify her alleged attacker and did not file a police report, the media, if interested at all, has been skeptical.  To boot, Fussell had not been responding to press inquiries, which didn’t help matters.

But then she did respond and the resulting article proved that any hesitancy on her part may have been well founded.

I was glad to see that Fussell has apparently obtained legal counsel. When leveling such remarkable allegations against a woman who has raised over $700,000 in campaign contributions, a woman who was celebrated by the Orlando Sentinel, with her husband Orange County Tax Collector Scott Randolph,  as “Central Florida’s Progressive Power Couple”,  Fussell should protect her interests.

The reporter Fussell ultimately responded to is Scott Powers, a former Sentinel scribe who now practices his trade with Florida Politics.

The headline of the ensuing article, “The Firebombing of Susannah Randolph,” left little doubt as to what lay ahead. Powers identified Fussell first and foremost as a “political operative” — in the opening sentence — before even mentioning her name. As for Randolph, she was described as the “target” of “a political equivalent of a Molotov cocktail.”

Powers was fair in his reporting of the facts, but he went to painstaking lengths to present the story as if it was just more political maneuvering in an election year, which may leave some to question who the real victim is here, the young girl who said she was raped or the powerful political figure whose reputation has been sullied — if Fussell’s story is false — just as voters are going to the polls.

“Randolph is not being accused of any crimes, nor even any clear dereliction of duty. It’s not even clear if she ever had any supervisory authority over Fussell or the man during the alleged sexual harassment incidents,” Powers stressed.

For the record, Randolph denies Fussell’s story, which her campaign said “she learned about this past week.”

Powers is typically a straight shooter and while he stopped short of drinking the Randolph Kool-Aid here, it’s hard to miss the supportive tone of the article.

Fussell stood by the rape charge, according to Powers, who called attention to the timing of her coming forward. She explained that it was only after receiving help from the Rape, Abuse & Incest National Network that she was “emotionally ready to talk about it.”

“She still is not naming the alleged rapist, saying she’s declining to do so on the advice of her attorney. However she said she’s intending to file criminal charges or a civil lawsuit — or both — against the man, and he will be named then,” Powers wrote.

On a side note, Fussell did say in her social media post that the man was listed on Randolph’s FEC contribution report “over a dozen times.”

In the end, it’s not the tone of the reporting of what amounts to an unfavorable story about a notable local Democrat that strikes me as egregious. Sadly, this double standard is all but inherent in reporting today, particularly at election time.

But what is highly egregious is the SILENCE from women’s rights advocates at any number of progressive organizations who are typically screaming from the rooftops over allegations of sexual harassment and sexual assault in the workplace — in this case the office of a member of Congress. Silence that’s only topped by the rank hypocrisy of it all.

3 thoughts on “Any confusion over who the victim is in rape accusations marring Randolph campaign?”